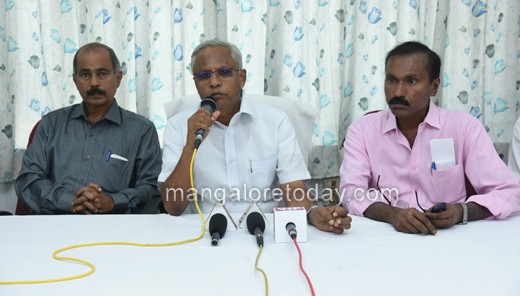 Mangaluru, Feb 21, 2018:  MLA of Mangaluru South J R Lobo has  said that he has instructed officials to initiate stern action against  those guilty in the case of assault on a few persons near Kasba Bengre on February 10, Tuesday night.

Speaking to reporters here, he said  everything was peaceful when  those returning from  the fishermen’s meet at Malpe passed through the area by four buses. However then the fifth bus passed that way there was disturbance  following an altercation between two groups.  Later the problem was solved with the intervention of leaders from Thota Bengre and Kasba Bengre, said Lobo. He said no scope would be given for the recurrence of such incidents.

He appealed against giving a political colour to the incident and disturbing peace when elections are   nearing. Lobo also informed that he has visited the place.