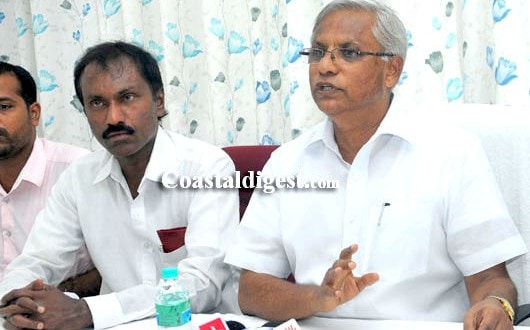 Mangalore, Sep 6: Mangalore South MLA J R Lobo has again urged the government to revive the existing Non-Resident Indian Forum in the state and form a separate NRI cell in Mangalore for the benefit of expatriates from the coastal belt of Karnataka living abroad.

Speaking at a press conference here on Saturday, he said that a working cell of the NRI Forum was required in Mangalore to address the problems of hundreds of expatriates from Dakshina Kannada, Udupi and Uttar Kannada districts working abroad.

There are several problems faced by NRIs during issuance of their passports and translation of official documents. There is no help from any quarters when investors from abroad want to overcome glitches faced during the time of investments, he said.

He said that most expatriates who migrated to countries in the Middle East were from poor economical background and several of them worked for a living amidst tough conditions. There is no organisation for them to approach if they face problems with regard to their living or working conditions. Even during times of emergency, there is no forum or body to address their issues and bring them back to their hometowns, he said, adding that an immediate need for the establishment of an NRI cell in Mangalore.

He also said that NRIs faced obstacles when their children were unable to appear for CET examination conducted in the state after finishing their pre-university level courses abroad. This was a major inconvenience to students interested in pursuing their medical and engineering courses in Karnataka, he said, urging the education department to address the issue and grant permission to NRI students to appear for the CET examination in the state.

He said that an NRI Forum currently existed in the state which was located in Bangalore. However, the operations of the forum should be revived as the problems of the NRIs and expatriates from Karnataka go unheard and unaddressed, he said.

President of Karnataka NRI Forum, Jeddah, Roshan Rodrigues was present in the conference.