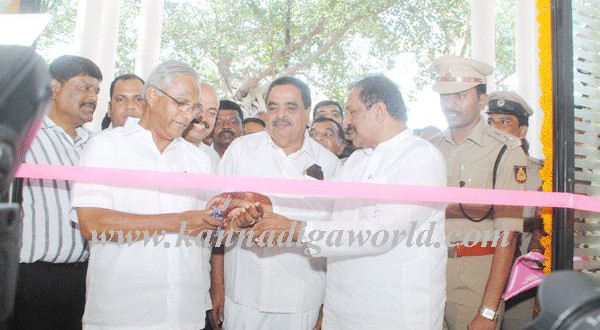 Speaking on this occasion he said, the police department strives to maintain law and order even under stressful conditions. The state government has implemented several programmes for the welfare of cops and also fulfilled their demands.

Speaking about the shortage of staff in the security departments, he said, “There was a shortage of 22,000 personnel. We have already recruited 8,500, out of which 4,500 have adequate training facilities and 7,000 home guards have been recruited to balance the shortage.”

Minister George also said that stringent actions would be taken against those who take law into their hands.

Ramanath Rai, District in-charge minister said, “The department should deploy additional police force for the district, since the district is communally sensitive”.

MLA J R Lobo presided over this occasion and thanked MRPL for their contribution to build police community hall in CSR Fund. In his address, he said, “Along with canteen facility, Home ministry should also extend the Aragoghya Bhagya project to retired police personnel”.