Home » Website » Hindu » Gujjarakere will be ready by Navarathri: Lobo 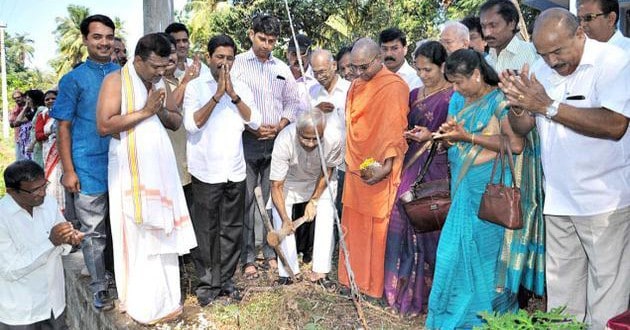 Image from Post Regarding Gujjarakere will be ready by Navarathri: Lobo

Gujjarakere will be ready by Navarathri: Lobo

Mangaluru South MLA J.R. Lobo on Monday said the Gujjarakere would be restored to its original glory before October this year, ahead of the Navarathri celebrations. Retaining walls all around, removal of silt and development of a park are some of the works to be undertaken, the MLA said.

He was speaking after inaugurating the lake rejuvenation work along with Mangaluru Ramakrishna Mutt head Dharma Pradhana here. Mr. Lobo said the Department of Minor Irrigation has released Rs. 1 crore for the rejuvenation work and thanked the Minister concerned —Shivaraj Thangadagi. Though the Mangaluru City Corporation had undertaken rejuvenation of the lake near Jeppu Market in the past, it was halted half-way due to fund crunch, he said.

Mr. Lobo said the corporation would make arrangements to divert sewage flowing into Gujjarakere, due to which the lake is filled with hyacinth. The administration would consider the demand for strengthening the existing retaining wall, he said. He also promised to develop the lake in such a way that people desire to visit it regularly.

The MLA said he did not wish to claim the work to be a political achievement and development works should be above politics. Some politicians are busy taking credit for development works in the media, he said.

Rejuvenation and restoration of Gujjarakere has been an issue for over a decade, with residents of the area forming a committee for the cause. Over the years, the lake has become a pot of stench and a breeding ground for mosquitoes and many would dread to reside near the lake.