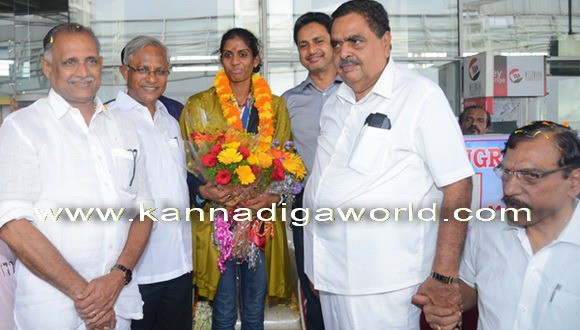 Image from Post Regarding Grand welcome to Athlete M.R.Poovamma in Mangalore.

Mangalore, October 7: Ms M.R Poovamma who made an additional record in relay at Asian Games athletics in Incheon, who won gold in 4*400 meters relay and bronze medal in 400m running race, arrived in the city on Tuesday, October 7th.

After arriving from the airport to the city,  M.R. Poovamma was brought in procession by an open vehicle from Ambedkar Circle (Jyothi Circle) to the Mangala Stadium in the city.