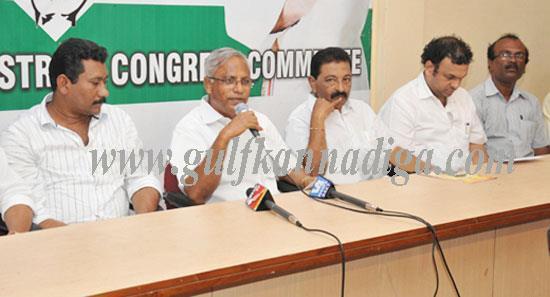 Mangalore, Feb 5: MLA JR Lobo said that the Government has sanctioned the amount of Rs 350 crores for the drinking water, roads, underground drainage and solid waste management project in the district.

Speaking at the press meet held at District Congress office on February 5, Wednesday, he said that the corporation has already prepared the blue prints and project reports related to the reconstruction of the Central Market. Along with it the markets located at Kankanady, Kadri and Urvastores will be developed, he added.

Speaking on the progress works initiated in his constituency in the last eight months, Lobo said that the corporation has sanctioned the amount of Rs 25 lakhs for the development of Kadri Park at Kadri and the Mathias Park at Falnir.