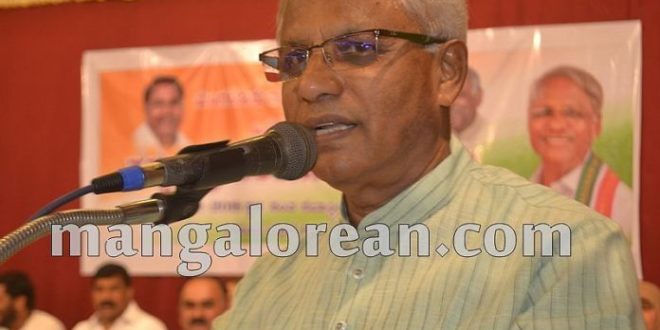 title deeds to 1138 families living in the Bengre area under Section 94 (c) of the Land Revenue Act 1964 on 10 February at a function held at Town Hall-Mangaluru, the MLA has once again kept his promises that he made before he got elected as MLA to various grama panchayat residents, where today he handed over home and sites title deeds to nearly 400 residents, at a programme held on 15 February at St Sebastian Hall, Bendore-Mangaluru.

Just like the residents of Bengre who have been living there for decades, the residents did not get RTC and title deeds, either for their sites or homes they were living in- similarly was the case of these 400 plus residents living in various gram panchayats they too didn’t have any title deeds. During the last elections before Lobo got elected he had assured these residents that he would try hard and do his best to get them their home/land title deeds- and today their beloved MLA had kept his promise by distributing them the land certificates, which is truly a dream come true for these nearly 400 residents.

Prior to the distribution of the title deeds, corporator Vinayraj speaking a few words of wisdom on MLA J R Lobo said, “You people all these years have been running from pillar to pillar behind officials to get your land paperwork done, but all your efforts were in vain. But after J R Lobo stepped in and went behind all these authorities and pressuring them to get your land paperwork done, he has accomplished yet another project that he had promised you all by getting your title deeds done. Surely J R Lobo is a hard-working, committed and dedicated person working for the poor. By getting your title deeds today, you should also thank CM Siddaramaiah and Minister Kagodu Thimmappa for their support and approval of this project”.

“Mangaluru wanted a real good MLA for years, and finally got one when J R Lobo became one. About 98% of the projects that he promised have been completed under his tenure, which will end in the nearest future. His commitment, dedication and tireless work towards the poor and also for the development of the City needs to be appreciated and commended. Recently he distributed land for nearly 1000 residents in Shakthinagar and brought smiles to these people. A few days ago, he distributed title deeds for Bengre residents-apart from this his other projects have been very beneficial to the citizens. And now that he is contesting in the forthcoming elections, it would be nice if you all elect him as your leader one more time. And I bet you J R Lobo will do much better than this time, and you will not regret electing him one more time” added Vinayaraj.

Addressing the gathering MLA J R Lobo said, ” As a part of the promise I made to Bengre residents before the last election, to 1,138 families I distributed home/land title deeds under Section 94 (c) (c) of the Land Revenue Act, 1964, a few days ago. Even though people had been residing in Bengre for decades, their pleas for RTC and possession certificates were not considered. When I visited the area before the 2013 Assembly polls, I was petitioned again. 2,209 families had applied for regularization of house sites at Bengre. The remaining 1,071 are still under inquiry. Meanwhile, over 3,000 applications were filed from other parts of his constituency, including Kodialbail, Kadri, Maroli, etc, of which 1,623 have been settled and the remaining are in the inquiry stage.”

“Today I am happy that I have fulfilled another promise that I had made during the last elections to these 400 people, that they will get their title deeds, and their dreams have come true. Once they get their title deeds today, they can get their RTC within 45 days. Today you have your home/land title deeds in your hand. Our CM Siddaramaiah and Minister Kagodu Thimmappa have played an important role in this project for which you should be grateful to them. Whatever promises that I had made during my tenure as MLA I have completed almost all of them, except a few which I will try to get them done if time permits before I end my tenure. Since I will be contesting in the forthcoming elections, I need your support and blessings. Even though I have fulfilled the dreams of the citizens of Mangaluru, my other dream is to make Mangaluru develop more economically and become a big business sector. Mangaluru is already on the world map, and we should still take it to greater heights” added J R Lobo.
Now it was time to distribute the home/land title deeds to the nearly 400 residents who were eagerly waiting for it. By receiving their title deeds one could notice the smile and brightness on these people faces- MLA J R Lobo truly made their dreams come true and brought miles of smiles to these residents. Corporators Praveen Alva, Appi, Vishwas Das, T K Sudhir, tahsildar T Gurudas Prasad, former MCC Mayors, and other MCC officials joined MLA Lobo in handing over the title deeds to the people. 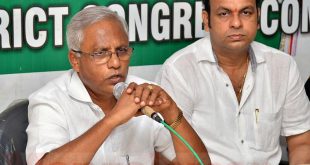