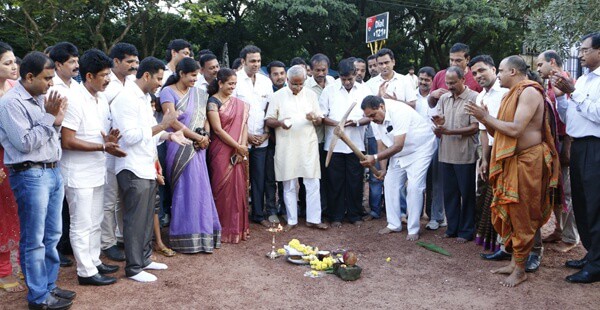 Image from post regarding Foundation laid for Kadri Park entrance

Mangaluru: The foundation stone for the entrance to Kadri Park was laid by district in-charge minister B Ramanath Rai and MLA JR Lobo on Monday September 14.

Sources say that the entrance would be developed at an estimated cost of Rs 29 lakh from JR Lobo’s MLA fund.

Sources say that the project has been undertaken to give a facelift to the park and many such developmental works would be done in the coming days. It is learnt that the old Deer Park would become a musical fountain park for which Rs 5 crore was already sanctioned.

The blueprint for the musical fountain was ready and procedures were being conducted. Work on the children’s toy train will also commence; for this Rs 40 lakh has been released and Rs 11 lakh will be given by the MCC.

Mayor Jacinta Vijay Alfred was present on the occasion.