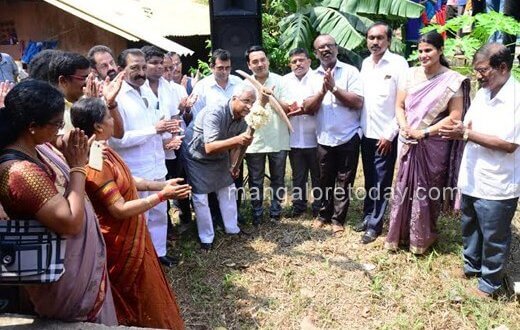 Mangaluru, May 16, 2017: The Baikady Kere at Padil here would be developed at a cost of Rs 3.30 crores, informed J R Lobo, MLA of Mangaluru South. He was speaking after  laying the foundation for the lake development  works and unveiling the blue print of the project  at a function held here on May 16, Tuesday under the aegis of the MUDA and Department of Minor Irrigation. Lobo informed that tenders have been invited  for the project by earmarking Rs 79 lakhs and Rs 2.50 lakhs respectively by the Department of Minor Irrigation   and Urban Development Department. He said the project also envisages a small swimming pool for kids and added that the encroachments in the vicinity of the lake would be cleared.

Lobo also informed that efforts were on to develop other lakes in Mangaluru. On Gujjarakere lake development, he said  the drainage  problem in the vicinity was coming in the way of the development of the lake. MUDA Chairman Suresh Ballal who also spoke, said MUDA was giving priority to development of lakes and water conservation. He said the works of Urva market development and development of Kadri Park have also been taken up by MUDA. 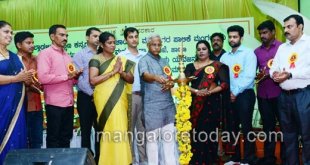