Home » Hindu » Five more roads will be four-laned and concreted 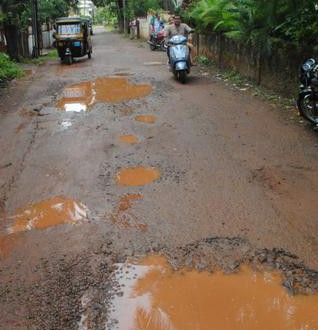 Five more roads will be four-laned and concreted

Proposal for bus stand at Pumpwell not dumped: Lobo

Speaking to presspersons after launching the Rs. 3-crore road and drainage work in Kodialbail ward (number 30) on Thursday, the MLA said that Kadri-Nanthoor Road, Bunts Hostel-Ambedkar Circle Road, Lady Hill Circle-Bokkapatna Road, Mannagudda-Bokkapatna Road and Car Street Junction-Mannagudda Road (Kuloor Ferry Road) would be concreted. All of them would be made four-lane roads. In addition, the Sturrock Road between Attavar Katte and Falnir Road would be widened.

Mr. Lobo said widening and concreting of Kankanady-Morgan’s Gate Road was being seriously considered. The issue pertaining to cutting of some trees on this road, to which citizens have objected, would be addressed. The trees felled would be compensated by planting saplings, he said.

Making it clear that the proposal of constructing a bus stand at Pumpwell had not been given up, Mr. Lobo, formerly a Commissioner of the MCC, said that he had asked the corporation to prepare a technical model of the bus stand and a financial model on how to fund the project.

He said that so far the corporation had eight acres in its possession and four more acres would be acquired. The bus stand would come up on a 12-acre land.

To a question on the National Highways Authority of India’s suggestion it was not advisable to have a bus stand adjacent to the highway number 66 as the highway was being widened to have a design speed between 80 km and 100 km per hour, he said that nothing was impossible in this modern technical era.

There would be solutions to the concerns raised by the NHAI. Even after the four-lane highway was ready an underpass could be constructed to the bus stand site from the Karnataka Bank headquarters’ side using the box pushing technology.