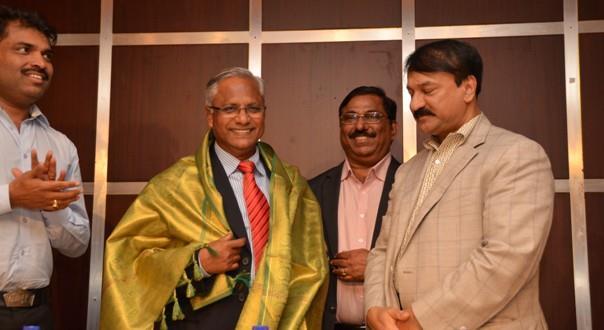 Lobo touched upon various issues pertaining to the development of Mangalore and he pointed out that a team has been formed to undertake these and they have earmarked nearly 45 major projects under an Agenda, which needs immediate attention and already work is in progress for its immediate implementation.

He further said due to various reasons/hurdles all these will take some time for better planning and asked for patience and he as a MLA will give maximum attention and efforts to obtain the required approvals from the appropriate authorities to implement these.

He requested the support from NRI Mangaloreans. He encouraged Mangaloreans from undivided Dakshina Kannada (both Udupi and Dakshina Kannada) to come forward and invest in projects which will be beneficial for the people of the region now and for the future of our generation. He promised his wholehearted support and guidance for those require assistance and also warned not expect miracles to happen overnight.

He thanked the people who stood by him during the election time, though he was a novice to the political field, people kept their faith in him and chose him to be their representative and to win this election against all adversities many people gave him their unstinted support from all communities and he said he was indebted to them.

He will try his best to work for all communities, without religion, caste or creed and requested their prayers.

His confident speech showed his caliber as a former outstanding bureaucrat and straightforward politician and it is envisaged under him Mangalore and its surroundings will grow into a beautiful progressive region.

On the occasion, an audio visual presentation was held on International Federation of Karnataka Christian Associations which was formed to unite all Christian denominations in Karnataka and overseas and promoting leadership awareness among the youth of the Catholic community in the state to face as a united force to resist the atrocities and hatred which were encountered by communal forces during the recent past.

Denis D’Silva, state president of IFKCA explained their objective and said there are approximately 60 units have been formed district wise to meet the needs of Christians to help and support them and requested the overseas associations to be part of this humanitarian cause.

This association was formed initially under the chairmanship of the great philanthropist Ronald Colaco, and has been near to his heart. Ronald Colaco also spoke on this occasion and explained the need for this Federation and solicited support from all. He praised J R Lobo as a man of development and said that his clean record throughout his bureaucratic career will help him to serve better as a politician. “As he has vast experience as a bureaucrat, it will be easy for him to execute the development projects in Mangalore,” he said.

He also reminded that J R Lobo entered politics on his own merit and people of Mangalore have supported and elected him as their MLA.

On the occasion, it was decided to form a unit in UAE to support the organization.

Walter Nandalike in his address said that the newly-elected MLA has huge expectation from people of Mangalore. “It is great to see his love and concern for NRIs from Mangalore and his assurance to look into NRIs’ issues is heartening,” he said.

Aboline D’Cunha welcomed the guests and introduced them. Roshan Castelino compered the event and Alwyn Pinto proposed the vote of thanks.