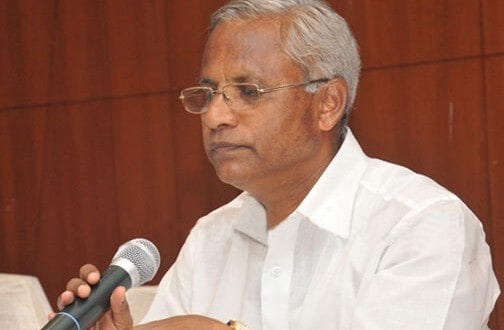 Image from post regarding Don't consider forms 9 and 11 for registration, urges J R Lobo in Assembly

Bengaluru, Jul 24: MLA J R Lobo, speaking in the state assembly relating to demand placed by various government departments on Thursday July 23, explained in detail about the problems created by form No 9 and 11 introduced in the state, particularly in Dakshina Kannada, Uttara Kannada, Udupi districts and Malnad areas.

He requested the government to confine these two forms just for assessment of tax and recovery thereof in panchayats, and not to consider them for registration or any other kind of record of right, throwing light on the kind of issues faced by the common people on account of these forms in panchayat raj system.

The panchayat raj minister, in reply, assured to convene an exclusive meeting for discussing on these two forms.

The MLA, speaking about revenue department, placed before the legislators the problems faced in procuring RTCs and making changes in record of rights. He also explained about the problems which emerge relating to records created on or after May 31, 2006, and those created earlier, about making changes in right in computerized RTC. He urged the revenue department to implement a scheme of converting land easily as per CDP prepared by urban development department. He also made a pitch for doing away with the system of sanctioning by revenue officers.

Lobo took up the issue of delay and various problems faced by the people in getting certified copies of documents through Nemmadi Kendras.

He also urged to bring back the system of Dittam Jamabandi and Huzur Jamabandi which existed in the past, to improve the functioning of revenue department. He demanded for conducting of inspection of offices and tables of subordinates by higher officials. He suggested to include village accountants by training them in survey work, for speeding up survey work. He also sought creation of a system in revenue department in which revenue documents are maintained in a systematic manner.