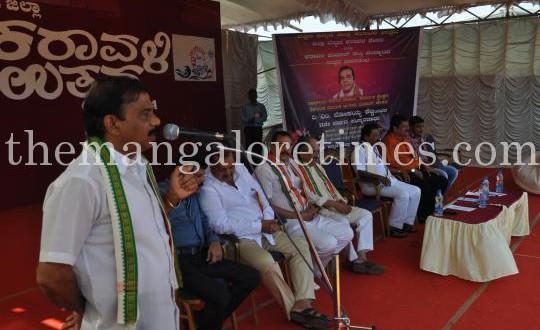 The programme is organised by Suresh Shetty every year in the memory of his beloved father Lokayya Shetty, labour leader and political leader.

Vidhana Parishad member, Monappa Bhandary inaugurated the programme and speaking on the occasion he said that such sports born in India should be nurtured and encouraged to bring it to a higher level.

T P Shivakumar Additional Superintendent of police inaugurated the Kusthi by breaking the coconut in the Akhada and giving a start to the participants. MLA J R Lobo released the photo of Lokayya Shetty on the occasion.