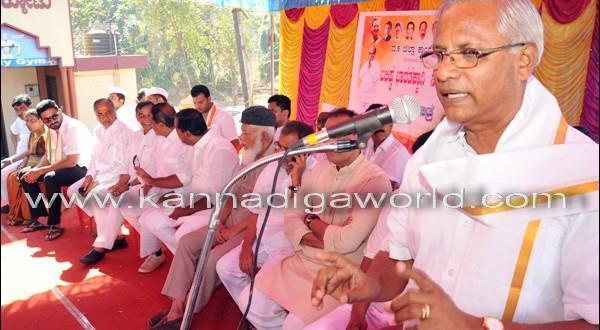 District in-charge Minister B Ramanatha Rai flagged off Padayatra at the Veera Maruthi Vyayama Shale at Thokkottu. Later he handed over party flag to DK Congress candidate B Janardhana Poojary.

He also said that BJP has done nothing for Dakshina Kannada and Karnataka. BJP states that Modi will transform country into heaven like done in Gujarat. There is nothing to be praised in Gujarat. The poor in Gujarat have remained poor. Around 40 percent of the people are unemployed.