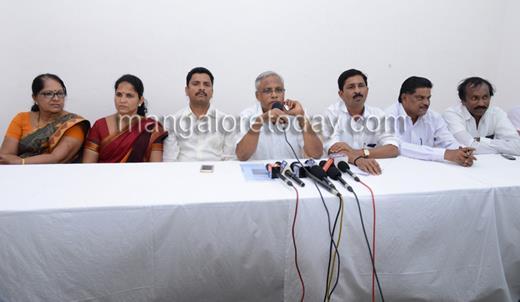 Mangalore, July 13, 2014 : Addressing a press meet here July 12, MLA J R Lobo  said that 3D planetarium at Pilikula will be ready for public viewing by March 2015.  The planetarium is set to be  first of its kind in the country.

The State government has given ’in-principle’ approval for the setting up of a marine aquarium too at Pilikula. A detailed project on ‘samskrithi grama’ has been prepared and submitted to the government for approval. Rs five crore has been sanctioned for the setting up of eco park.  As promised in the election manifesto, the State government is mulling to develop Mangalore city as a port city and will take up works for the development of ports and fisheries sector.

A meeting of Fisheries minister, Urban development minister and District-in-Charge Minister recently decided to conduct a survey for the expansion of fisheries port in Mangalore and prepare a detailed project report. The meeting also decided to expand dry fish market, and develop roads in Bunder area.

Coastal Tourist Circuit :  The Central government has sanctioned coastal circuit to Mangalore, he said that it will stress on the promotion of tourism. Several beaches in Karnataka are set to get a facelift with the government approving the project. In Dakshina Kannada district, beaches at Uchila, Someshwar, Ullal, Tannirbavi, Panambur and Surathkal are likely to be taken up for development.

The row over incomplete hanging bridge providing connectivity to Sulthan Battery from Thaneerbhavi will now be taken up. Stating that Mangala Corniche road (river front ring road) will be developed after preparing town planning scheme and getting approval from the government. The project will be taken up three in phases from Jeppinamogaru, Kuloor,  Gurpura bridge.

Urban development :  The MLA said that the State government has given in-principle approval for second phase of ADB project worth Rs 350 crore. The work on drinking water pipelines and UGD lines will be taken up. The UGD connections are partially pending in the first phase. The electricity connection to the STP at Jeppinamogaru will be given within a month. Development activities are to progress rapidly from now.