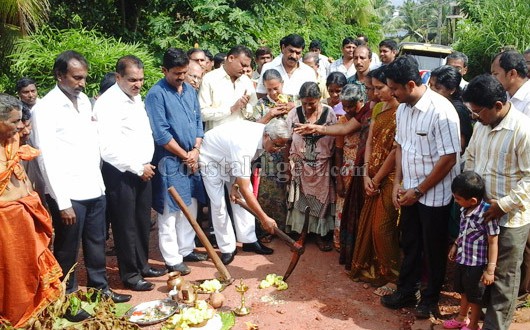 Mangalore, Sep 28: Mangalore South MLA J R Lobo said that greater importance should be given to the development of in-roads in Mangalore City Corporation limits, as citizens faced a lot of inconvenience due to undeveloped and muddy roads in the outer parts of the city.

He was speaking after laying the foundation for the concretisation of the connecting road to Preethinagar near Shaktinagar here on Saturday.

Stating that development of in-roads would be one of the goals under city planning, Mr Lobo said that the connecting road would be concretised in a short time so that the local residents could take advantage of the new road.