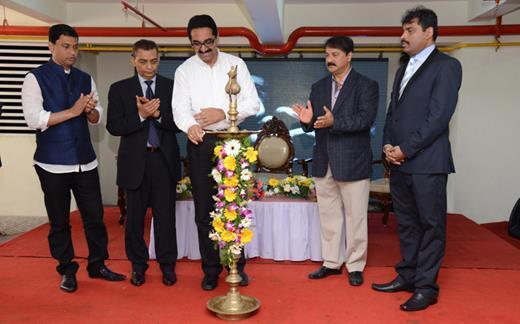 Image from Post Regarding Daijiworld Corporate Office inaugurated at Bondel

Mangalore, May 10, 2014: The state-of-the-art Corporate Office of Daijiworld was inaugurated at  Daijiworld Residency, Airport Road, Bondel here on May 9, Friday by  Ronald Colaco, NRI entrepreneur. Daijiworld  24×7, a new TV channel by Daijiworld was soft launched by Colaco on the occasion.

Sudhir Shetty, Chief Operating Officer of UAE Exchange who was also present as a chief guest, said Daijiworld has become a household name over the years through the website, Daijiworld Weekly and will now reach many more people  through the TV channel.

In his inaugural address, Ronald Colaco said Daijiworld  has proved its credibility over the years as was evident with its vast readership. He also wished success to the Daijiworld TV launched on the occasion.

Founder and editor-in-chief of Daijiworld Walter Nandalike welcomed the dignitaries  and spoke about the journey of Daijiworld over the last 13 years.

Melwyn Rodrigues, Director (Operations) of Daijiworld proposed the vote of thanks. Leslie Rego compered the programme.