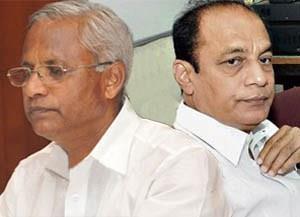 Mangalore, Jan 04: Urban development minister, Vinay Kumar Sorake’s dream of creating a Greater Mangalore with the addition of about 18 surrounding villages has hit a road block with leaders within the Congress party strongly opposing the proposal.

Sorake who hails from the region had promised to form a Bruhat Mangaluru Mahanagara Palike on becoming minister and had also instructed officials to have the neccessary resolutions passed by the panchayats concerned. But several Congress leaders have come out against the move as they feel the villages could become a liability and adversely affect the development of the city.

Mangalore City South MLA, J R Lobo, who has written to Chief Minister Siddaramaiah detailing the disadvantages of the proposal, points out that the MCC is finding it difficult to provide basic amenities to even Surathkal which was added to Mangalore in 1996 and Pachchanady and Kudupu villages that were brought under its jurisdiction in 2002.

“When the corporation is finding it hard to cater to these areas that were brought under its jurisdication over a decade ago, how can it provide necessary facilities to more villages ?” he asks, arguing that the financial burden on the MCC will increase manifold if a Greater Mangalore is created.

“Take Bajpe village where the tax collection is about 20 lakhs today. But to develop we may need Rs 10 crore, which the MCC will have to find from its own resources. If this is done how can we develop the rest of the city?

“There will be a huge shortage of funds. I don’t see any logic in this proposal. It is unscientific and I am completely against it. I have already written to the Chief Minister and the urban de­velopment minister an­d will file my written ob­jections shortly,” the MLA adds.