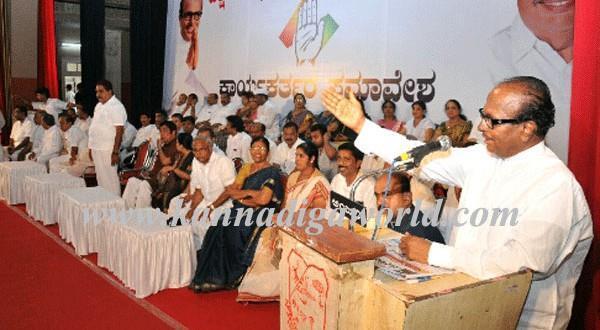 Image from Post Regarding Congress candidate Poojary worked for the party and workers: Union Minister Oscar

Speaking on the occasion, he said that it was Congress candidate from Dakshina Kannada Lok Sabha constituency B Janardhana Poojary, who had helped the late Prime Minister Indira Gandhi to make a political comeback with a victory from Chikmagalur constituency, decades ago.

He also said that Poojary had always worked for the party members and workers, hence it is the duty of workers to work for the victory of Poojary with unity.

DK District in-charge Minister Ramanatha Rai said that the contribution of BJP candidate Nalin Kumar Kateel to the district was zero and he is not efficient to be elected to the Parliament.

Janardhana Poojary urged the workers to focus on the contributions of the Congress and the failures of the BJP among the people of district.