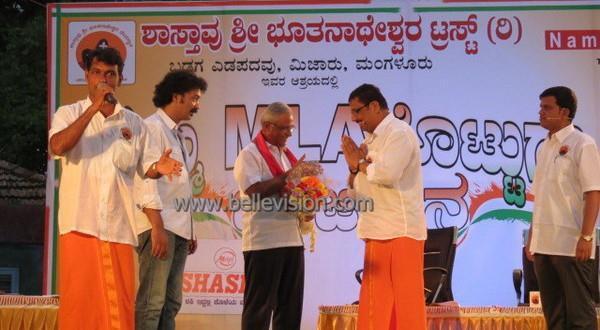 Chief Electrical Inspectorate Office to come up in city

Mangalore, 03 Mar 2014: The State government has sanctioned an Office of the Chief Electrical Inspectorate to the city, said J.R. Lobo, MLA, Mangalore City South. He said that the Indo-German High Skill Institute, which had been sanctioned to Mangalore and later shifted to Bellary, has been restored to the Port City.

In a public interaction meeting at Kadri Park on Friday, he said that the jurisdiction of the inspectorate would cover Dakshina Kannada, Udupi, Chikmagalur and Shimoga.

He said that when the office would be opened here people need not go to Bangalore to get electrical clearance, especially for large commercial buildings, apartments and other major buildings.

Shasthavu Sri Bhoothanatheshwara Trust and NammaTV had organised the interaction as part of the series of its interactive meeting with MLAs of Dakshina Kannada.

Mr. Lobo said the Indo-German High Skill Institute would be inaugurated in two months. The institute would impart training in German technology to youths.

He said that the government has given “in-principle approval” for taking up the second stage of underground drainage network and drinking water facilities in the city at an estimated cost of Rs. 350 crore, which would be a loan from the Asian Development Bank (ADB).

Mr. Lobo, a former Commissioner of MCC, said that a Rs. 60-crore proposal for laying footpaths and constructing rainwater drains for major roads and newly laid concrete roads was pending with the government for approval.

He said that foundation stone for constructing a swimming pool at Emmekere, near Jeppu, would be laid soon as all issues relating to availability of land had been sorted out. The MLA said that he was trying to get an evening engineering college to the city. In addition, there was a plan to lay underground power cables in the city by removing overhead ones. The entire city might require Rs. 90 crore for it. It would be taken up in a phased manner.

Mr. Lobo said there was a proposal to build a jetty at the old port, exclusively for the use of vessels sailing to Lakshadweep islands, at an estimated cost of Rs. 48 crore. There was a proposal to take up a project to prevent the Nethravati basin flood control covering Kannur, Jeppinamogaru, Kuloor and Sulthan Battery areas.