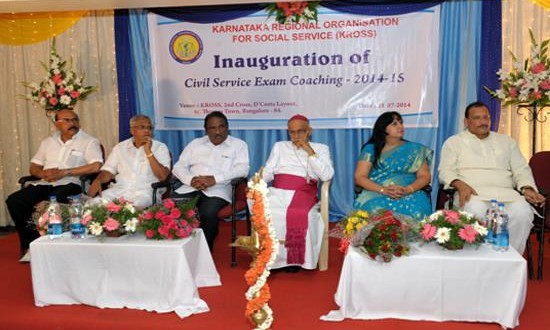 Image from Post Regarding Christians must be value based leaders, says Archbishop

B’lore : Christians must be value based leaders, says Archbishop

Bangalore, Jul 27: Christians in all walks of life must discharge their duty diligently and conscientiously as ”value based leaders,” said Archbishop Dr Bernard Moras.

Presiding over the 10th Batch (2014-2015) of the Career Advancement Program for Civil Service Examination Coaching at KROSS Institute for Civil Service (KICS), the Archbishop of Bangalore said the Christians had to follow their conscience in whichever field they were working, be it in politics, administration or other sectors.

‘Be sincere to self and commit yourself to the cause you are entrusted to,” he said urging the youthto come forward in a big way and accept the challenge to study well, remain focused and grab good positions in the Government if we want to discourage corruption.