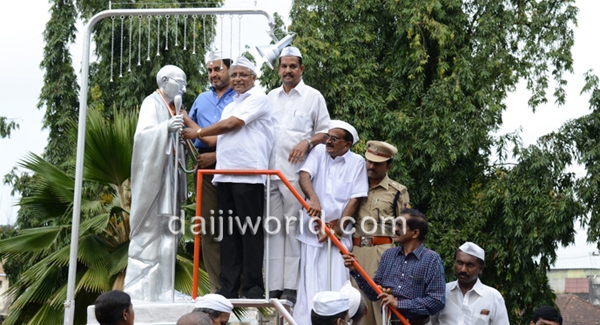 ‘Gandhi Hejjegalu’ book which was published by the information department was also released on this occasion.