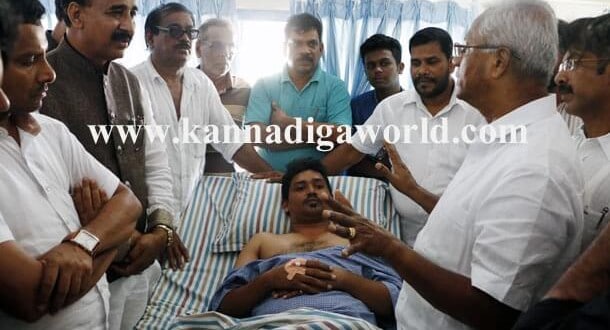 During the visit the minister said, he would request the concerned to take stringent actions against the people who took the law into their hands. Peace will be disrupted due to these incidents. This inhumane incident has saddened me, he said.

In this district consisting of educated people, meagre number of people indulges in such incidents and attempt to spoil the name of the city. Stringent actions will be taken against those who have indulged in this incident irrespective of the religion, informed MLA J R Lobo to the media representatives.