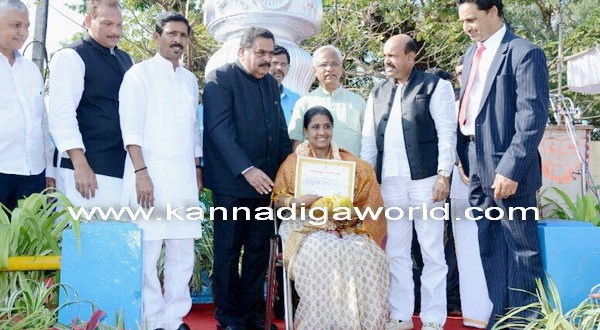 Mangaluru, January 26: The district Administration celebrated the 66th Republic Day at Nehru Maidan in the city on Monday, January 26th.

In his address Rai said that India, the biggest democratic country of the world, has achieved unity in diversity among its citizens of various cultures, languages, and lifestyles spread over its 29 states and six union territories. He said that the state government has laid added emphasis on the welfare of scheduled castes, scheduled tribes, minorities, women, farmers, senior citizens, people with physical disability, and rural agricultural labourers.