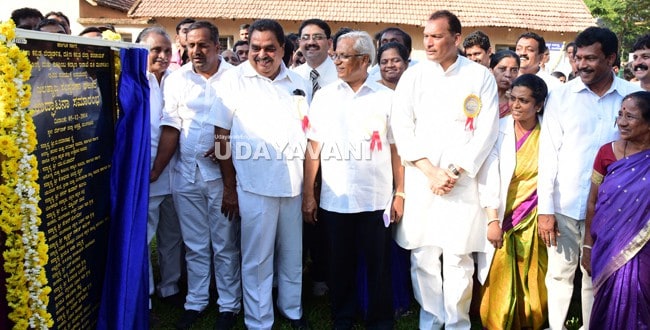 Mangaluru : A proposal to setup sub-units of Kidwai Memorial Institute of Oncology, Bengaluru and Sri Jayadeva Institute of Cardiovascular Sciences and Research, Bengaluru in Vamanjoor here has been already submitted to the government, Minister for Health and Family Welfare U T Khader said on Friday, December 5.

Khader said that measures were already taken to give the hospital a facelift, thus making it a super-specialty hospital. He said that dialysis centre in the hospital will be renovated adding that a digital X-ray system will be setup here soon.

Revealing more plans for Wenlock he said that a pharmacy functioning round the clock and a high-tech lab will be setup here within the next three months. A plan to open a branch of AYUSH in the hospital premises is in the pipeline, he added.