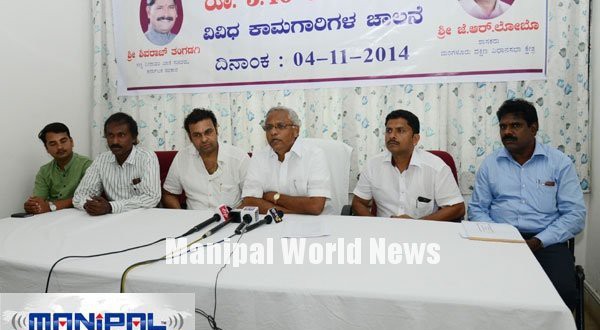 Image from Post Regarding State government must take initiative for the stream ling of foreign investments:J R Lobo

Mangaluru Nov 06: The MLA of Mangalore South constituency JR Lobo has said that his visit to the overseas countries have been successful and government should take initiatives to pave a way for the investments.

The MLA addressing the press meet in his office said that during his visit to the overseas investors have come forward to invest in the Mangalore international airport under private public partnership. He stressed that since there no significant funds with the government to invest on the expansion of the airport which is a 1100 crore project, the state government should take an initiative for the foreign investment in the airport.

He later on also said that the administration will work towards the development of the basic infrastructure in the city as it will attract more funds and move investments in the future.

3.40 crores for the protection of the Nethravathi river bank

The MLA later on said that to protect the river banks of the Nedthravathi, projects worth 3.40 crore have been approved and it includes 16 various projects. He later on briefed that to protect the Nethravathi river banks in the city limits a project worth 150 crores has been made ready under Flood management project and this is the joint project of the centre and the state governments with 50-50 share from both the sides.

Congress leaders TK Sudhir and others were present at the occasion.