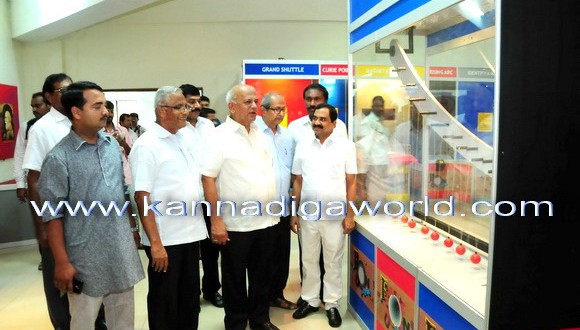 Mangalore, September 13: The Pilikula Regional Science Centre which was awaited from a long time was constructed at a cost of Rs 11.5 crore will be functioning from coming month on-wards. The state minister for planning and statistics, IT, BT, science and technology, S R Patil has revealed that, the Chief minister Siddaramaiah and Shripad Yasso Naik, the union minister for culture and tourism will inaugurate the Regional Science Center”.

He also said that there is a need to develop a scientific mindset among people, especially among students of the region and also to propagate the concept of science among the students of rural areas by introducing inventions and research to improve their reasoning ability.

He concluded that, “This will help to abolish all types of superstitions and promote scientific thinking. Students will be encouraged to invent and research”.

Mr J R Lobo said that, activities scheduled will be prepared as per the calendar and workshops, training programmes for children, students and for public will be carried out.