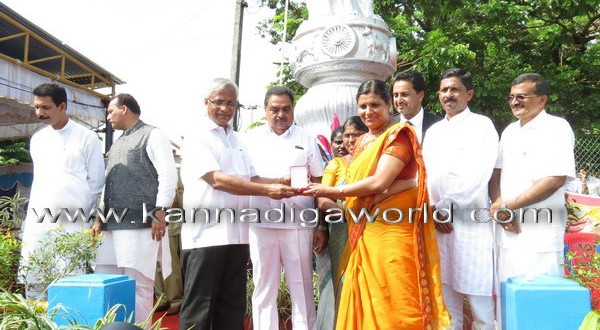 District in charge minister and Minister for Forest Environment and Ecology Ramanath Rai, hoisted the National Flag and later he received the guard of honour.

Rai in his speech said that people of our country must recall the sacrifices made by our freedom fighters, for their assured protection to our lives.

He said that after coming into power, Congress government has worked hard for the development of the state. CM Siddharamaiah has always given importance for the upliftment of poor and down trodden.

Rai also briefed on the developmental projects implemented for the farmers, fishermen and pension scheme for widows.

Later Minister handed over five auto rickshaws to five people, one eco car and a Maruthi van to each under Integrated Tribal development scheme.