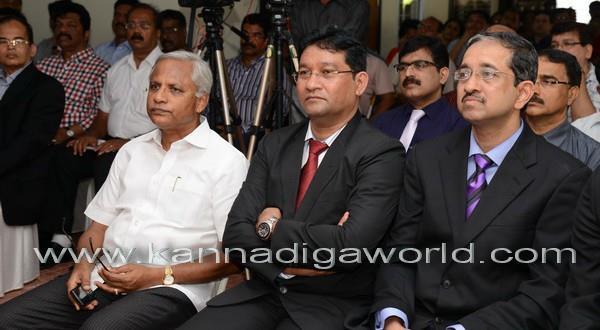 Speaking on the occasion, he said that 15 years ago, when the team of Daijiworld approached him for the launch of daijiworld.com, he was unaware of its power, but later realized about it.

He also said that the web portal having the 400,000 readers daily is not an easy task. But again was invited for the inauguration of Daijiworld Weekly, which also reached to a great success and now they have entered into TV media and sure to reach at a greater height.

He also said that Daijiworld portal is always ready to help the needy through the online charity appeals and have earned the amount of Rs 8 crore for the nedy so far.

Founder and editor-in-chief of Daijiworld, Walter Nandalike welcomed the guests and gathering. He said that after the 13 years journey, website enjoys a daily viewership of 400,000 from across the world.

He also thanked Rohan Monteiro for giving the new premises in his Daijiworld Residency and support rendered by him over the years.

Later a promo of the channel was shown to the audience.

Daijiworld’s director of operations Melvyn Rodrigues proposed the vote of thanks. Leslie Rego, compered the event.