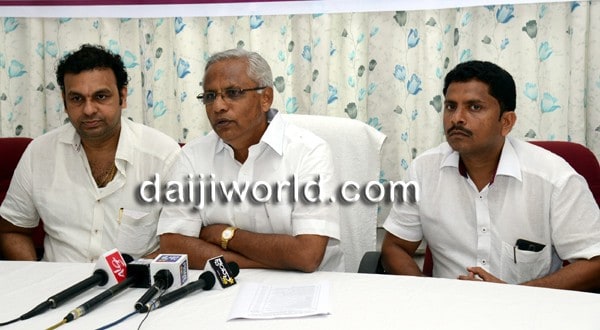 Mangaluru, Nov 4: MLA J R Lobo has said that the NRIs he spoke to in Kuwait have agreed in principle to invest in Mangaluru airport runway extension project.

Lobo was speaking in a press meet in Mangaluru which was his first after his recent visit to Kuwait. As per reports, NRIs were interesed on extending the runway at Mangalore Airport,
“In last meet with Union minister G M Siddeshwara, we had discussed about the 280 meters extension of runway with a cost of 1100 crores. Union minister had said that Union government had no sufficient fund instead the runway could be developed with public private participation (PPP) like they did in Cochin.” he said.

“When this was discussed with NRIs in Kuwait during my recent visit, few NRIs said that they are ready to invest in this project. Some even pledged to the extent of Rs. 50 crores. If the run-way is extended, wide bodied aircrafts can land in Mangaluru airport which will fuel further development in Mangaluru. Hence this issue will be brought to notice of state government first and then it will be taken to Union minister for the approval. The work can be done with financial support from 50-50% both state and union government.” Lobo added.

He also promised that he would press Karnataka government to grant CETpermission for NRI students of Karnataka.
Lobo also said that work of embankments wall to stop flood water from Phalguni river and Nethravathi river in Mangaluru constituency under the Minor irrigation project has already started in 16 places with an outlay of Rs.3.40 crore and the work will be completed in three months.

Lobo in the same press meet revealed that the flood management project proposal for Nethravathi river is under consideration and later it will be sent to Union government. This project will done with equal finance grant from state and union governments. This projects costs Rs 150 crores.