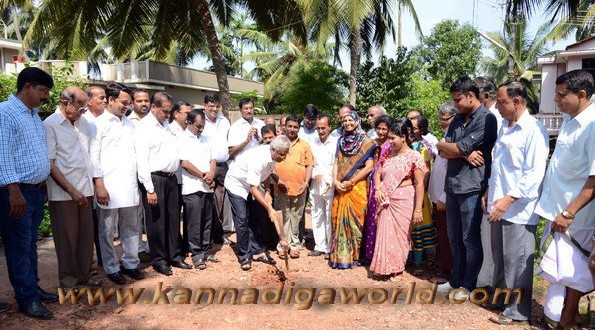 The foundation stone was laid by the MLA JR Lobo for the various developmental programmes in the areas such as Shakthi Nagar, Jappina Mogaru, Kodial Bail, Attavar, Maroli, Alape North and other wards which fall under the Mangalore City Corporation limits.

Post the inaugural ceremony, Lobo conveyed his wishes to all the citizens and said, we are celebrating the festival of lights by beginning the developmental works of the streets in Mangalore City. Many streets coming under the Mangalore City Corporation limits are in very bad state. In coming days, the development works of streets mainly in the internal areas around Mangalore city will be undertaken, he added.

He said, if the roads in the rural areas are developed then citizens can dwell even in those areas through this the crowd in the urban areas might come under control and the rural area may develop. Hence in the future road development in the rural areas falling under the MCC will be prioritized.