Home » Daijiworld » Mangaluru: Township of 800 flats to be built for poor at Shaktinagar: MLA Lobo 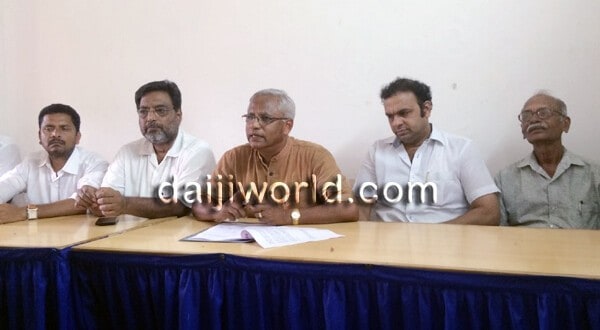 Image from post regarding Mangaluru: Township of 800 flats to be built for poor at Shaktinagar: MLA Lobo

Mangaluru: Township of 800 flats to be built for poor at Shaktinagar: MLA Lobo

Mangaluru, Jan 25: A township of 800 flats will be constructed for the poor at Shaktinagar, and the proposal in this regard has been already passed by the state government and is awaiting nod from the centre, informed MLA of Mangaluru South J R Lobo.

Addressing a press meet at Eden Club here, J R Lobo said, “We had given sites to the poor way back when I was the commissioner of MCC by building Rajiv Gandhi colony at Shaktinagar, but thereafter it was not possible to give sites to the poor. Now, we have already got 2,000 applications for the houses, and under Rajiv Gandhi Housing Corporation, we have planned to build 800 houses, for which 4 acres of land has already been identified next to Rajiv Gandhi colony.”

He further added, “The grant guidelines were changed recently by the Siddaramaiah government. Previously a grant of Rs 1.5 lac was given for each house, but now it has been revised to up to Rs 3 lac. Each apartment building would have ground plus two floors.”

“We have already prepared the detailed project report and sent it to state government, which has approved the project. It has now been sent to the union government for approval,” he added.

“Poor people who want to apply can submit their applications at MCC. The selection will be ward wise and the committee will be chaired by the local MLA. The entire process will be transparent,” Lobo said, adding, “Priority will be given to the poorest.

He also said that road stretch 30 ft would be developed alongside the township. “Water, electricity and all other basic amenities will be provided at an additional cost, and MCC will take it up.”

“We have planned to complete the project in 18 months. Each flat would be 1 BHK covering 700 sq ft. The Nirmiti Kendra will take up the project. Giving individual sites is difficult because only 1.45 cents of land can be given according to the guidelines,” he added.