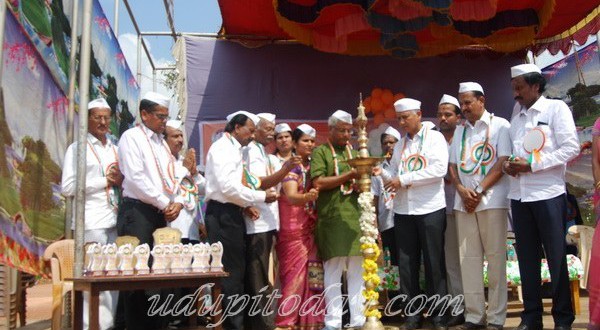 Speaking on the occasion J.R. Lobo said that, to develop strictness, social consciousness, patriotism, respect towards democracy and secularism, there is a need for opening Bharat Sevadal units in every school. Like the NSS, NCC, Scouts and Guides, Sevadal should be a part of academics.

If there are any technical barriers for extension of Bharat Sevadal, they should be cleared. The care what we show on children, plays a greater role in the development of the country, he said the MLA. Earlier, more than 720 students from 38 schools of the limit participated in a procession.

In his speech Karnataka Konkani Sahitya Academy President Roy Castelino opined that cleaning roads doesn’t mean Swachh Bharat. India can achieve this only by eradicating corruption, communalism and terrorism, which have become a hindrance for the development of the country, he said.

Roy Castelino called upon children to love parents, their environment and the mother language which may be Tulu, Konkani or any other. He said,within decades, more than 60 per cent of our population will be youth. Young India will rule the world. So, it is good to develop strictness and service oriented mentality among them, he said.