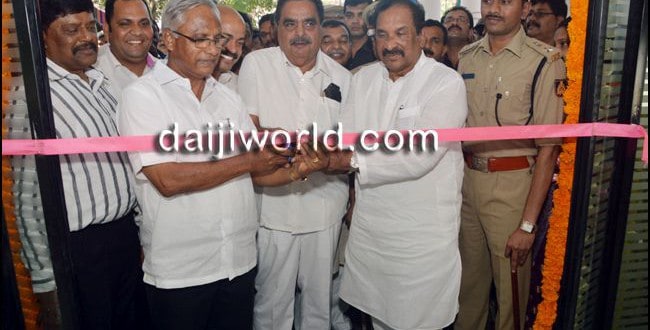 Mangaluru, Nov 25: “Even in stressful situations, the police department strives to protect and maintain law and order. The state government has implemented several programmes for the welfare of police personnel and also fulfilled their demands,” said state home minister K J George.

He was addressing the gathering after inaugurating police canteen and police community hall located behind SP’s office here on Tuesday November 25.

“Every year, 4,500 police officers retire from the service. There are 28,500 posts vacant across the state. The government has intiated the process to recruit personnel for 8,500 posts. In the state, there are 790 vacant sub-inspector posts. Presently, the department has taken the responsibility to fulfill 290 sub-inspector posts within the next three years,” he said.

He also said that appropriate action would be taken against those who take law into their hands.
District incharge minister Ramanath Rai said, “This district is communally sensitive. The department should deploy additional police force for the district, which will help to protect law and order.”