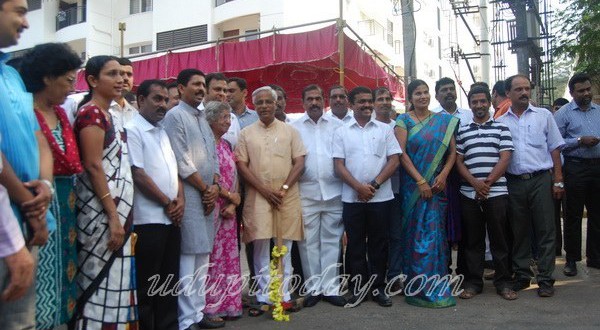 The majority of the 1,133km roads in the coastal city under the Mangaluru City Corporation (MCC)remain in motorable condition for only six months– starting from December to May.

For the rest of the year, motorists and public have a torrid time, as the monsoon-battered roads resemble moon’s surface. That is changing. When the BJP government was in power, the city’s arterial roads were converted into rigid pavement using Chief Minister’s Special Grants of Rs 100 crore per annum. This has now extended to interior roads too with the current Mangaluru City South MLA JR Lobo lending weight to concrete roads.

This is also after the quick-fix method of interlock pavement experiment failed to yield satisfactory results with sub-standard interlock being used in many areas. The concrete roads have been seen as beneficial in highly undulating areas of the city where asphalt goes bad within the first 15 days of monsoon resulting in loss of precious resources without any tangible benefit.

Lobo said almost 60 different works of around Rs 40 crore have been sanctioned for road only and is in various stages of commencement and completion.

He said the emphasis was on concrete roads as they present an all-weather road solution for a city that has to battle prolonged monsoon between June and November. “Rigid p avement requires no maintenance. But what is being done now is that a separate water line is being laid besides so that the earlier mistake of laying over water lines and then cutting the concrete is avoided,” said Lobo.

Corporation sources say concrete is a practicable solution to the city’s road problem as earlier roads were not built with proper sub-base which is essential for strength and water percolation. “In the absence of this even a paver finished road loses its layers within a month of rains here and public allege that the corporation or the contractor has carried out sub-standard work,” an official said.

To lay a new road according to Indian Road Congress specification costs as much as 70% of rigid pavement cost, say engineers.

Corporation Superintending Engineer BT Kantharaj says about 10% of the roads, roughly 100km, is made into rigid pavement using special grants. Lobo also pointed out that only vulnerable sections have been concreted which ensures that the whole stretch is good during monsoon.