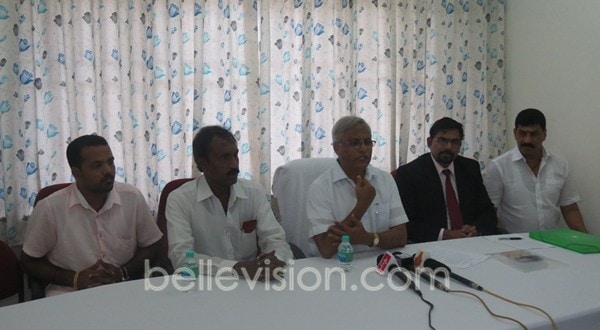 Mangalore, 7 Sep 2014: Mangalore south MLA J R Lobo urged the state government to respond to the pleas of the Non Residing Indians (NRIs) by opening a regional cell of NRI Forum in city and abolish the domicile restrictions for NRI students of Karnataka origin in the Karnataka CET.

Addressing the media conference at his office here on Saturday September 6, MLA Lobo said, ‘A large number people of coastal Karnataka are working in Gulf countries and other countries across the world. They are finding it difficult to address their work related difficulties and other issues. If they were face passport related issues, the translation of various documents; not all expatriates hailing from coastal Karnataka will be able to solve their issue by their own.  Whenever they face the emergency cases or any issue pertaining to law of the host country, there lies the greater need to establish a regional cell of NRI Forum in order to repatriate them back to motherland.  The regional cell of NRU Forum can co-ordinate the procedures involved in several issues of NRIs and their children, said MLA Lobo.

The NRI cell, if established will help NRI investors of Karnataka origin to invest in this region.  The state can follow the model of the Kerala NRI cell established in Trivandrum which is responding to the pleas of NRI’s in the best way possible, added MLA Lobo.

MLA Lobo further said the domicile restrictions ought to be cancelled for the NRI students of Karnataka origin.

MLA Lobo speaking about the education perspective of the NRI students said, ‘Because of the state’s regulation for the students outside the state that they must study at least 2 years to appear for the Karnataka CET, the NRI students are facing many issues. Hence, similar to the Kerala and Maharashtra governments, the state government should abolish the 2 year study restriction, so that they can appear for the CET straight away provided the parents must be of Karnataka origin, stressed MLA Lobo.

MLA Lobo also said that he has submitted a memorandum to the state higher education minister R V Deshpande along with KNRI Forum Jeddah and minister Deshpande has responded positively in this regard.

MLA Lobo cautioned that if the regional cell is not established, it will lead to economic issues in the region.