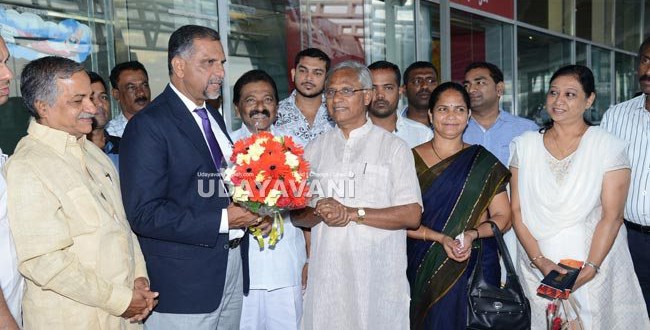 Mangalore : After almost a year the Mangalore-Kuwait Air India Express flight service resumed with the first flight taking off at 7.30 a.m from Mangalore International Airport on Monday, October 27.

Last year, Air India had cancelled the flight citing the reason of expiry of the lease and delay in extension of the runway. Since then several NRI organisations, Ministers, MLAs and MPs have been urging the Airport Authority and Air India to resume the flight as lakhs of passengers were affected by the cancellation.

An elated Lobo said “our efforts have been successful.”

Recalling Minister Roshan Baig’s contribution, Lobo said, “His support gave the much needed impetus to our fights.The onus is now on the people to ensure that the flights will not be discontinued.”

The Mangalore to Kuwait flight will operate thrice a week on Monday, Wednesday and Friday.