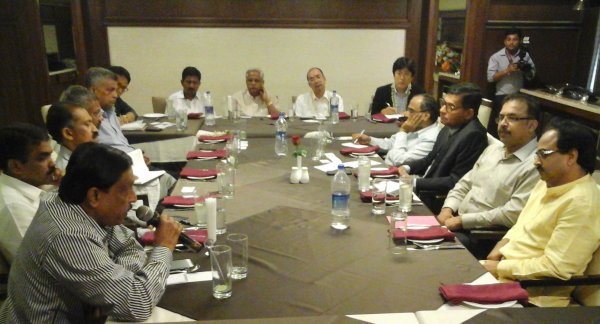 Mangalore, Oct 24: A Japanese team consisting of three experts Nashreen G Sinarinbo, Ryuichi Oikawa Ono Masazumi had a detailed discussion at Hotel Ocean Pearl with MLA J R Lobo, Mayor Mahabala Marla and members of the chambers of commerce and other important persons regarding the development of New Four Lane Road in Shiradi Ghat to connect Bangalore by way of tunnels.

MLA J R Lobo, Mayor Mahabala Marla and other members of commerce apraised the importance of this road Mangalore-Hassan-Bangalore and also the potential of traffic that is going to be increased in the mainfold and make this project viable for investers.