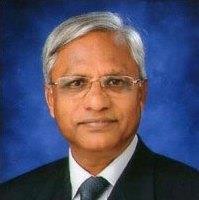 Doha, 09 September 2013: If there is one thing that is very much common among all the Mangaloreans spread across the globe, then it should be Monthi Fest. The birthday of Blessed Virgin Mary which is celebrated with blessing of the new corn and family meal is one of the hallmarks of Mangalorean Catholic community. Monthi Fest is the celebration of family bonds, filial relationships and a feast which makes us aware that we are very much part of the nature around us and it brings us closer to Mother Nature.

Mangalore Cricket Club (MCC), the premier forum that unites Mangaloreans living in the oil-rich country of Qatar has also been in the forefront of preserving and nourishing culture. It is with this motto and with the intention of enhancing fraternal bonds among the Mangaloreans, MCC has been celebrating feast of Nativity every year with the sharing of new corns, the first fruits of the nature through annual NovemJevann. But what makes this NovemJevann special is that MCC members and well-wishers come together and prepare food for over 600 people. MCC’s NovemJevann is today very much part and parcel of annual calendar of every Mangalorean in Qatar.

As has been the custom in the past, MCC will be celebrating the feast of nativity at 5.30 pm at the Al Ghazal Club on Friday 13 September 2013. The highlight of the evening will be the sharing of the blessed corn and partaking in the home-cooked meal, as a family. There will also be a cultural programme showcasing the exceptional talents of MCC members and promoting the culture and traditions of native land and Mother tongue Konkani.

Mr. John Richard Lobo, MLA Mangalore South Constituency is an exemplary bureaucrat and now making his presence felt in the political arena by winning the elections in May 2013, will be the Chief Guest of the evening. Mr. Stany Alvares, President of Mandd Sobhann and Fr. Anand Castelino, OFM Cap. the spiritual director of Qatar Konkani Speaking community will be the guests of honour on the occasion.

MCC will also be felicitating Mangalorean doctors serving in Qatar in various hospitals,the students who have excelled in Academics and Sports in 2012-2013 and winners of Talent competitions.