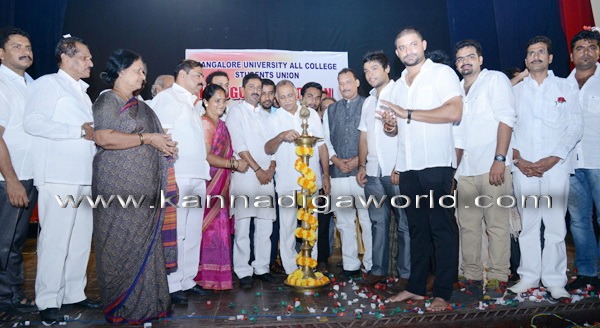 Image from Post Regarding All College Students Union: Inaugurated by Minister Abhayachandra Jain

Mangalore, August 09th 2014: On Saturday, August 9th the State Minister for Fisheries and Youth Services Mr Abhayachandra Jain has inaugurated the All College Students Union for the year 2014-15 in a function arranged at Town Hall. Oath to the new office bearers of the Union was administered by the newly appointed MLC Mr. Ivan D’Souza.

On addressing the gathering, Minister Jain said that several leaders including politicians and bureaucrats have been associated with the Union in the past which has helped in developing leadership qualities. He advised the student community to boldly face the challenges in life in order to be successful in this competitive world.